Hotels in the centre of Venice 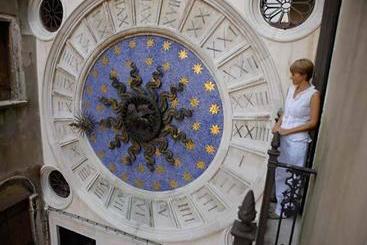 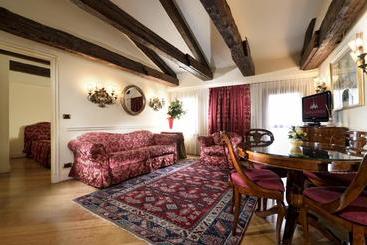 This hotel is set tranquilly in the most fashionable street in Venice, the Mercerie dell'Orologio. It lies... 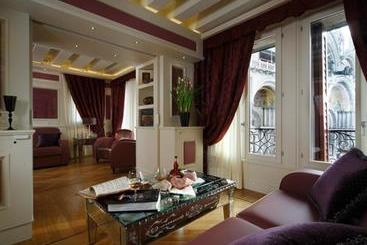 Located next to Saint Mark’s Square, Bellevue & Canaletto Suites is an intimate property with free WiFi. It offers Venetian-style... 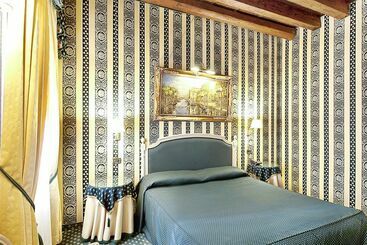 This modern, smart luxury hotel is located close to Mark Square, within minutes of the pulsating city centre, which has an... 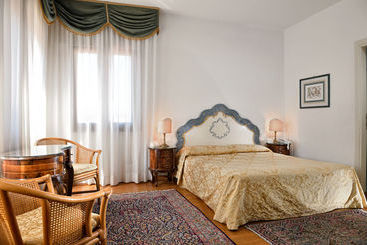 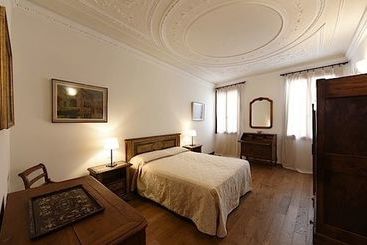 We are returning the 5 %

This comfortable, well-equipped hotel lies at the heat of Venice within a short distance of the Doges Palace. There are many... 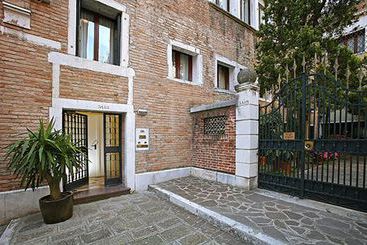 With a stay at Ca' Lucatello TownHouse in Venice (San Marco), you'll be minutes from St. Mark's Basilica and Rialto Bridge....

Venice has canals by the dozen, and is also known as the floating city, with Marco Polo still visible in its history, where the East met the West in olden days when merchants traded silks and spices. From the splendours and wealth from the time of the Dukes, the great many palaces that were built all over the city still bear witness to the aforementioned success of those bygone days.
Start your journey in Venice by visiting Venices most famous square, St. Marks Square, built in the 12th century, and proclaimed byNapoleon as Europes most beautiful Lounge due to its vast dimensions and beauty. This square is framed by a host of elegant cafes, with Cafe Florian and Caffe Quadri having the distinction of being the oldest in the area, and the Clock Tower (Torre dellOrologio) in the Renaissance style, St. Marks Basilica also stands there, with the Bell Tower (Il Campanille) that issome 96 metres high and has a beautiful view of this romantic location, and the Ducal Palace. The Byzantine church of St. Mark dating from the 9th century was rebuilt after a fire in the 11th century and took on a more oriental appearance, with the interior clad in gold mosaics, and the Pala DOro where St. Marks remains have been laid to rest along with the beautiful Madonna Nicopeia in the main altar.

The Ducal Palace (Palazzo Ducale) is a pearly 14th century structure that combines Islamic and Gothic styles. The interior is in the 16th century Renaissance style and the Hall of Consiglio Maggior is worth a visit, one of the most spectacular works in the palace. If you follow this secret routine in the palace you will come to the famous Bridge of Sighs, a Baroque 17th-century bridge that joins the jail under the palace. The name was given to it due to the despairing sighs of the prisoners, who believed it would be the last time they saw the light of day.

Once you have seen these wonders, you have seen the essentials that Venice has to show, but its always nice to see other treasures that are not as widely revered. After leaving St. Marks square through the Correr Museum, you will come to the Baroque Mose Church with a Tintoretto washing place, and further on St. Steffans church and the leaning tower. Very near is the Academy Bridge that takes you to the Academy Galleries that have a wonderful collection of Venetian art. After leaving, you can either carry on along near the canal or just walk to the Grand School of St. Rocco, again with a Tintoretto decoration, and then watch out for the Gothic Church of Santa Maria Gloriosa dei Frari whose main altarpiece was designed by Titian.
Finally you will come to Rialto Bridge, Venices oldest bridge, dating back to the 16th century. Dont miss the chance to take a gondola trip to truly appreciate the palaces structure, the beauty of its maze-like canals, to drench yourself in the romantic atmosphere that emanates from the city.
See more See less

It depends on the category of the hotel. If you want to stay at a 4-star hotel in Venice, the average price per night is €58, while you will pay an average of €43 for a 3-star hotel, and in a more luxurious 5-star hotel, you"ll pay around €104.

Park Hotel Annia is the closest one to Venice-Marco Polo.

You can make reservations at Hotel Ca Doge if you´re looking for a hotel with valet service for your visit to Venice.

If you want an adult-only hotel in Venice, some of the best options for adults only are Hotel Ala, Hotel Ca Maria Adele and Hotel Arcadia.

According to our clients, if you´re travelling with children, the best hotels in Venice are Hotel NH Collection Venezia Palazzo Barocci, Hotel Antiche Figure and The Gritti Palace A Luxury Collection Hotel, Venice.

If you want to save time, the hotels in Venice with express check-in and check-out are Hotel Villa Casanova, Hotel Antiche Figure and Hotel Arcadia.

Some of the options for hotels with non-smoking rooms in Venice are The Gritti Palace A Luxury Collection Hotel, Venice, Hotel Villa Casanova and Hotel Antiche Figure.