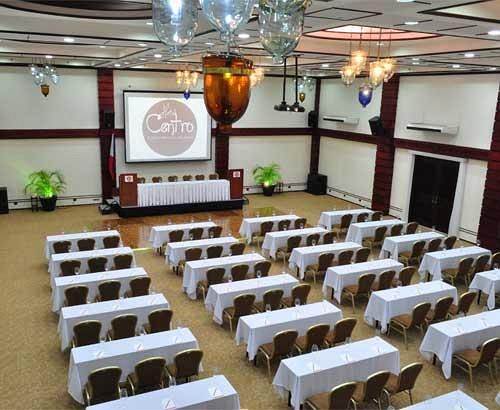 In the heart of Puerto Princesa, Hotel Centro is close to Robinsons Place Palawan and San Jose New Market. This hotel is within close proximity of Mendoza Park and Hartman Beach. Don’t miss out on recreational opportunities including an outdoor pool and a seasonal outdoor pool. Additional amenities include complimentary wireless Internet access and tour/ticket assistance. Featured amenities include complimentary newspapers in the lobby, a 24-hour front desk, and an elevator (lift). Event facilities at this hotel consist of conference space and meeting rooms. A roundtrip airport shuttle is complimentary at scheduled times. Make yourself at home in one of the air-conditioned rooms featuring minibars and LCD televisions. Cable programming and DVD players are provided for your entertainment, while complimentary wireless Internet access keeps you connected. Bathrooms have complimentary toiletries and bidets. Conveniences include desks and coffee/tea makers, as well as phones with free local calls.