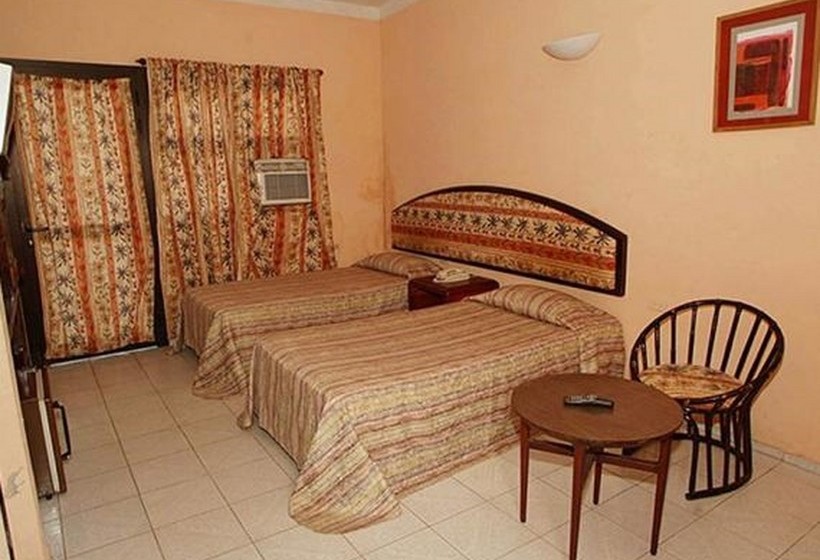 Decorated with battlements and painted in red, it looks like a castle. Actually it was a sort of chateau in the fifties of the last century. In the midst of a rich and abundant nature, in a quiet serene setting, a North American had constructed its holiday home in the vicinity of the River Las Casas. The rooms arranged for relatives and lodgers, now host international tourism, although on small scale. The accommodation is popular among anglers, but it¿s definitely a nice option for visitors on their way to the International Diving Center El Colony in the west. Book a night in this hotel after your arrival at the airport of Nueva Gerona and explore other sites of the undiscovered Isle of Youth. The north- eastern beach "Playa Bibijagua" is known for its black arena. Rancho el Tesoro is a simple accommodation with facilities such as a bar, restaurant and lobby.