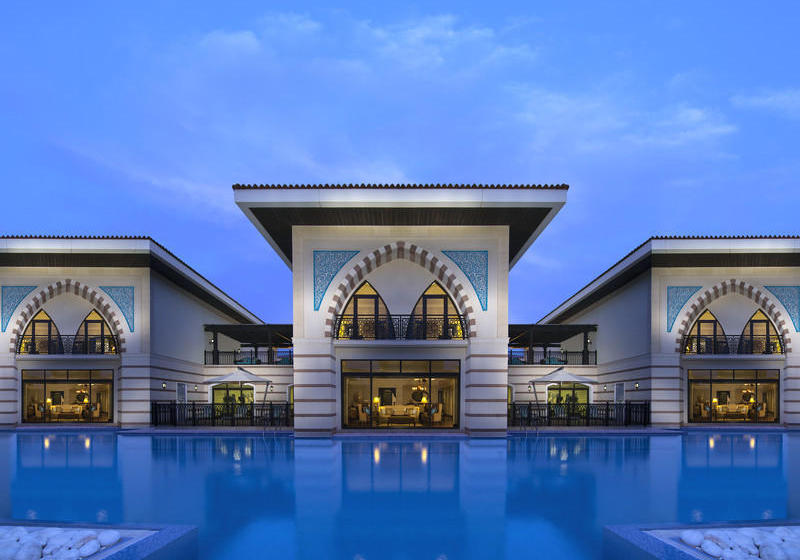 With a stay at Jumeirah Zabeel Saray Royal Residences in Dubai (Palm Jumeirah), you'll be close to Skydive Dubai and Aquaventure. This 5-star hotel is within close proximity of The Beach Mall and Dubai Marina Mall. Relax and unwind with massages and facials. After making a splash in one of the 2 indoor and 2 outdoor swimming pools, you can spend some time at the private beach. This hotel also features complimentary wireless Internet access, concierge services, and babysitting/childcare (surcharge). Getting to nearby attractions is a breeze with the complimentary area shuttle. Featured amenities include a business center, limo/town car service, and complimentary newspapers in the lobby. Event facilities at this hotel consist of conference space and meeting rooms. A roundtrip airport shuttle is complimentary (available on request). Make yourself at home in one of the air-conditioned rooms featuring iPod docking stations and minibars. LED televisions with premium TV channels are provided, while complimentary wireless Internet access keeps you connected. Private bathrooms with separate bathtubs and showers feature designer toiletries and complimentary toiletries. Conveniences include phones, as well as safes and complimentary newspapers.