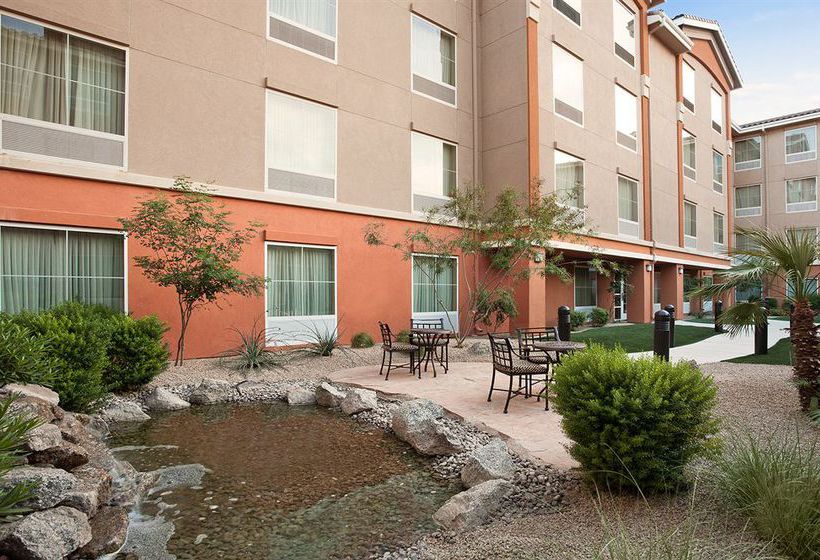 Located in Yuma, Homewood Suites by Hilton Yuma is close to Arizona Historical Society Sanguinetti House Museum and Sanquinetti House Museum. This hotel is within close proximity of Yuma Territorial Prison State Historic Park and Yuma Crossing State Heritage Area. Take advantage of recreation opportunities including an outdoor pool and a fitness center. Additional features include complimentary wireless Internet access, a fireplace in the lobby, and a television in the lobby. Guests can catch a ride to nearby destinations on the complimentary area shuttle. Featured amenities include a 24-hour business center, express check-out, and complimentary newspapers in the lobby. Planning an event in Yuma? This hotel has facilities measuring 928 square feet (84 square meters), including a meeting room. A roundtrip airport shuttle is complimentary during limited hours. Make yourself at home in one of the 108 air-conditioned rooms featuring kitchens with refrigerators and stovetops. Wired and wireless Internet access is complimentary, while 32-inch LCD televisions with satellite programming provide entertainment. Conveniences include microwaves and coffee/tea makers, as well as phones with free local calls.